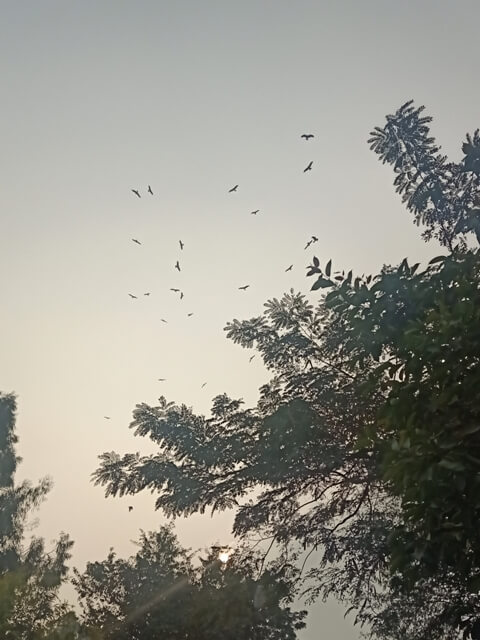 Some wise eagle has also happened to be a wise bird. It has made its nest with human beings and it is not a question of which bird turned to the cities and settled down and became successful as soon as it was settled.

That is, he changed his habit of eating and living, that is, his ancestors used to hunt other birds and animals, and meat was their whole food, but they, the next generation, treated themselves that way. Instead, they now eat everything, ie the food left by man is their favorite food. Man wastes a lot of food and throws it on the piles of dirt, so it is very easy to feed this bird.

And it becomes available in large quantities, which solves the problem of getting food for the big problem. The second problem that is faced by any living thing is that it is its abode, so it is also the abode for that slave.

Even though the management is done on the big trees in the garden, there are big parks in every city and I have very big trees, these trees are these trees, this bird’s house is food. They do it with piles of dirt and sit on these trees at night. It doesn’t stop there.

Even if the trees don’t work, then the electricity poles and towers are great for this bird. They are good habitats regardless of the citizens.

Areas that are a nuisance in the area. In the evening when they are hovering in the air, they give a beautiful view. Below are some pictures. You can see them.