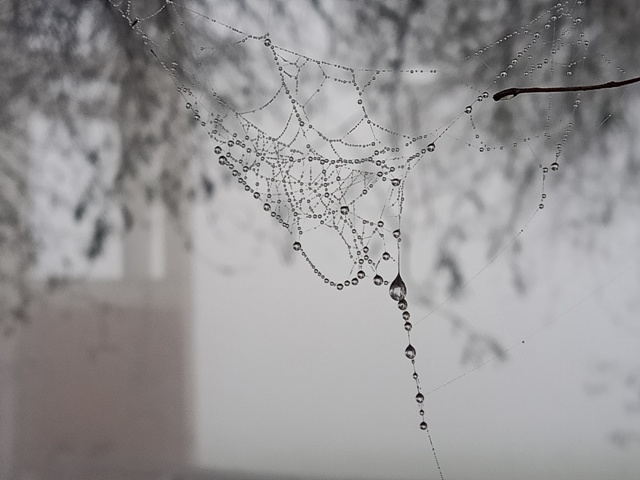 Dewdrops and spider on fog

A spider’s web is a web of prey in which other insects collide and get caught in it and then the spider catches them and eats them. It runs all year round but stops during the winter months. Because both the spider and its prey hibernate but the web remains. See below for some similar pictures.